Frederique Morrel makes me want to take up tapestry and perhaps cover a fake animal in it. Inspired by a time when Art was everywhere, decorative, useful, symbolic and educating, the power couple behind the brand create one-of-a-kind artefacts made with vintage tapestries.

The animal-inspired artworks start with a fibreglass taxidermy that is filled with expanding foam. Realistic details like hoofs and ears are added and the beast is then covered with vintage tapestries that adhere to a particular theme. The brand’s furniture is also truly inspirational.

Representing a beautiful juxtaposition between classical and modern art forms, Spike Jonze recently filmed a performance by renowned cellist, Yo-Yo Ma, and young LA dancer, Lil Buck. The collaboration was created to encourage the arts back into schools and is quite an inspirational watch.

More than a picture and not quite a video, New York photographer Jamie Beck (pictured) and her fiancé have created a concept which they’ve named a cinemagraph. This clever little concept takes a still image and adds some subtle movement to one aspect of it.

For instance, an image of a woman baking will feature batter that pours into a pan; in other images lights flicker or leaves blow. It’s a definite must-see. 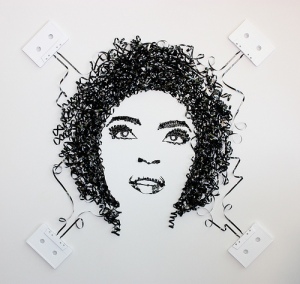 The cleverness of these artworks

The music of Matthew Herbert, especially his One One album

The fact that she’s finally back and releasing this film

The blatant genius of these – my kinda snack time

This book… for Wolf… and maybe me too

The navy blue tailored shorts from this label